Marvel Stadium at Melbourne's Docklands is set to receive a $225 million redevelopment to convert it into one of the most fan-friendly multipurpose stadium in the world. The 56,000-capacity AFL-owned stadium will become a seven-day-a-week destination and give a much-needed lift to the entire Docklands area. 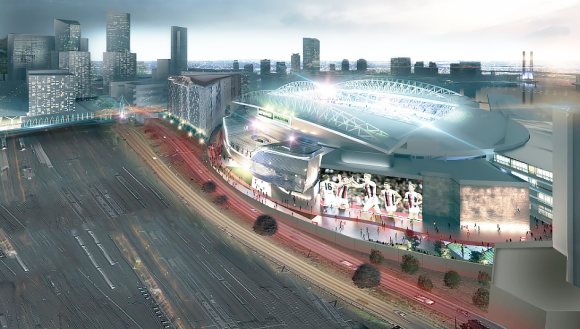 While the seating-bowl itself is expected not to be touched, nor any change in capacity, the redevelopment is expected to include open air bars, restaurants, an external running track, large ballroom and new waterside precinct. A new footbridge is also expected to be built to better connect the stadium and precinct to Melbourne's CBD.

Concept plans were initially released in June 2016 and the Victorian government announced funding for the redevelopment in April 2018, in a deal locking the AFL Grand Final in at the MCG until 2057. The AFL was expected to release detailed plans in mid-2020, before covid-19 hit. However, the AFL has confirmed the pandemic won't affect the redevelopment.

As soon as more detailed plans are announced for the Marvel Stadium redevelopment, they'll be available here on Austadiums.